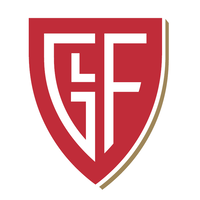 Giulio Fiocchi is a legend in the munitions world. His story seems to be one made by chance, yet the Italian accountant took an opportunity that created one of the most respected ammunition companies in the world.

In 1876, Guilio Fiocchi worked as an accountant in a bank in Milan. Fiocchi’s job included collecting debts from past due clients. During a trip to Lecco, Fiocchi met with the owner of a company that manufactured black powder and muskets. The owner told Fiocchi that he was unable to pay the loan and had gone bankrupt. Fiocchi met with his brother, Giacomo, and the pair decided to buy the ammunition business. Guilio secured a loan from his bank and the brothers bought the company. They named the company Giulio Fiocchi Enterprises.

The Fiocchi brothers renamed the company Fiocchi Ammunition (Fiocchi Munizioni). Fiocchi changed operations when the muzzle-loader was replaced by the breech-loader. Fiocchi made reloadable primer cases. The Fiocchi’s changed operations once again when black powder was no longer being used.

Before World War I, Fiocchi was dedicated to manufacturing ammunition for hunting and sports shooting. World War I brought the opportunity to make and sell ammo to the Italian army. The Germans seized Fiocchi Ammunition during World War II, but the company’s employees managed to hold them off from the ground. Sadly, Allied planes destroyed the original factory.

The Fiocchi’s built a new plant in 1946 after the war. The company upgraded its equipment and began to produce more advanced ammunition.

Fiocchi has always been a resourceful company, which may be because of Guilio’s financial background. Initially, the factory threw away its scrap metal. It was suggested that rather than throwing it away, they could use it for another purpose. The company began to produce metal snaps, saving its money. The fashion industry had made the use of snaps popular, so making the closures was short of genius. Fiocchi sold that part of the business in the 1980s for a large profit.

The Fiocchi family helps employees and the community by giving back. In 1904, Fiocchi built houses for its employees, provided childcare and paid for medical insurance, something that is still done today.

Fiocchi arrived in the U.S. in the 1950s, when it shared an Illinois factory with Smith & Wesson. The partnership ended when there were disagreements between the two companies. Things changed again when Carlo Fiocchi, great-grandson of Giulio, visited to the U.S. on his honeymoon. In 1983, Fiocchi of America resumed business in the U.S. and began to import ammunition.

Fiocchi couldn’t keep up with customer demand. Carlo and company president Paolo Fiocchi talked about building a plant in the U.S. to help them fill orders. History repeated itself when the Fiocchi’s bought land from a farmer who couldn’t make his mortgage payments. The fourth generation of Fiocchi’s now operate the company and it is stronger than ever.